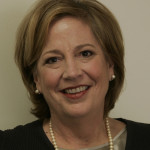 Leaders of Suffolk County, its two largest towns – Brookhaven and Islip – and the Long Island Rail Road have joined together to create the Ronkonkoma Hub Regional Alliance, the first of its kind in the region, to advance the massive Ronkonkoma Hub project to completion. The 58-acre, $475 million, project – a mixed-use transit-oriented development at the Ronkonkoma train station – will provide 1,450 units of multifamily housing so greatly needed on Long Island, as well as 360,000 square feet of commercial space and 195,000 square feet of retail space.

This is the kind of development that Long Island needs to provide the broader range of housing options in a transit-oriented setting that will attract the talent that employers require in a 21st-century economy. Ensuring that such developments offer a range of housing alternatives and costs is vital.

The location at the Ronkonkoma train station is ideal, because it will benefit from major Long Island Rail Road improvements and from its proximity to Long Island MacArthur Airport, providing a true hub connecting both forms of transportation. Two major rail road projects that are now under construction – the Double Track from Farmingdale to Ronkonkoma and East Side Access – will increase the frequency of trains on the Ronkonkoma branch as well as direct access to the East Side of New York City. The proposed “Third Track” or “Fast Track” project would increase rail access and reliability even more and make reverse-commuting a reality.

What’s particularly notable about the Alliance is that the leaders of the participating jurisdictions are from different political parties. Suffolk County Executive Steve Bellone is a Democrat, while Brookhaven Supervisor Edward P. Romaine and Islip Supervisor Angie Carpenter are Republicans. All deserve praise for putting partisanship aside to advance this extraordinary initiative, which will have significant real and symbolic value in promoting a thriving Long Island – one that unites to achieve dramatic progress.

“They are the founders of what should become a new way of operating on Long Island, uniting to create a vibrant economy for the benefit of all Long Islanders.”

The Long Island Rail Road deserves credit as well for being a key component of this vitally important alliance. Credit is due especially to LIRR President Patrick Nowakowski and Chief Planning Officer Elisa Picca.

The Alliance has the potential to create two crucial models for Long Island – a vibrant transit-oriented development on a scale that could significantly enhance the local economy and a blueprint for governmental cooperation that could be even more broadly impactful.A recent Newsday editorial noted, “We have long bemoaned the way our many layers of government exist as separate silos. No one talks to anyone else, decisions are made in municipal vacuums and development proceeds in hodgepodge fashion. That’s no way to plan for a future in which we all have a stake.” The editorial went on to call the Ronkonkoma Hub Regional Alliance “a sea change”.

Suffolk County Executive Steve Bellone, Brookhaven Supervisor Edward P. Romaine, and Islip Supervisor Angie Carpenter deserve praise for leading the way. They are the founders of what should become a new way of operating on Long Island, uniting to create a vibrant economy for the benefit of all Long Islanders.