Without better paying jobs on Long Island, young people stay at their own expense.

“So the issue is not really about outgo, but income, about earning enough to live in the kinds of places we’d most like to.”

A lot of young Long Islanders complain about not having a cool place to live, but my twentysomething daughter is not one of them.

She already has a cool place: Her bedroom in my house.

She thought it was cool when she was 12, anyway. I’ll try to get an update the next time she emerges.

There are, in truth, many cool places to live on Long Island for those who can afford them, and developers are building more, in downtowns, near train stations and along the beach. Patchogue, Wyandanch, Ronkonkoma – one by one, some of the Island’s most ‘burbish backwaters are being transformed into rental meccas.

Most cool places cost more than the people who would live in them are cool with. And that increasingly means Long Islanders of every stage of cool, including the middle-aged. Which, as I remember, wasn’t actually all that cool, but you get my drift.

The problem, in other words, is not only the availability of apartments but the fact that so few people can afford the ones we have. If we could afford them, they would build more. Hey, I know that much about economics! 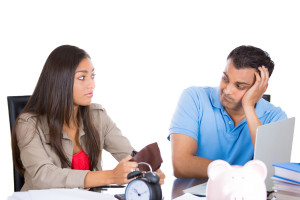 So the issue is not really about outgo, but income, about earning enough to live in the kinds of places we’d most like to. And that’s where things have been going horribly wrong.

According to data compiled by the Rauch Foundation’s Long Island Index project, average wages have been in decline here since 2010, when they peaked at $55,000 annually. The average was down to $53,000 last year, thanks to corporate relocations and downsizings and the growing percentage of lower-paying retail and health aid jobs in our economy.

Even public sector wages on Long Island fell, to an average of about $70,000, so you know we have a real problem. It hasn’t gotten so bad as to affect cops and school superintendents, maybe, but young people are feeling the pinch.

Meanwhile, earnings in the rest of the country have been rising, with the national average now very close to what Long Islanders earn. Our fellow Americans, of course, don’t bear nearly the costs we do, certainly not the taxes, nor our higher utility bills, transportation fees, even food and health care costs.

From a strict financial standpoint – that is, money in and money out and not even considering the quality of our pizza – there are many good reasons to live someplace else.

As we know, young Long Islanders have been doing that math, prompting growing numbers of them to leave for more affordable climes. Their mass migration has finally begun to coalesce regional leaders into coming up with ways to develop employment sectors that can offer better-paying jobs. Expanding the biosciences here is one good idea that has surfaced, and Long Island Index data suggests it could add thousands of jobs over the next two decades if we get to it now.

It’s probably too late for my daughter, whom I suspect will one day soon pack up her computer, pull down the Bjork posters and head West. Or Midwest, even. Destination isn’t always that important.

Moving out can be pretty cool all by itself.