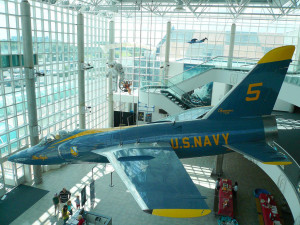 We should have grabbed ‘Cradle of Innovation’ when we had the chance.

Local business and government leaders have been wondering for decades why Long Island’s storied scientific resources have never quite jelled into the roaring technology-based economy you see in places like San Jose or Boston or Raleigh.

Or St. Louis. Or Atlanta. Nashville, even.

Long Island, after all, is home to some of the nation’s finest research facilities, including Cold Spring Harbor Laboratory, Brookhaven National Lab and the Feinstein Center for Medical Research. Stony Brook University is another gem, with cutting-edge research in medicine, wireless technology and energy. Hofstra University is coming on strong, with NYIT and LIU right behind.

We have a bioscience park and a composites center, well-recognized programs in security technology and marine biology and one of the world’s largest software companies. And let’s not forget that Long Islanders invented the gyroscope and the convertible sofa, the lunar lander and really wicked iced tea.

That this mammoth collection of excellence has not coalesced into one of the greatest innovation economies of all time remains a mystery. The geography is too large, some say, and too fractured into counties, towns, cities, villages and hamlets. It’s too expensive, others suggest, with crippling property taxes and burdensome political patronage. Too few apartments, maybe. Too many school districts. Poorly planned public transportation. Next-election leadership. NIMBYs. Backstabbing. Grandstanding.

All true, but may I present a simpler view? It’s this: Our region has never become a technology hotspot merely because we never agreed on what to call it, never gave it a name to embrace and rally around and print on trade show pens. That’s right. We’re not guilty of sloth or lack of vision, my friends, only crummy marketing.

And we can fix that right here.

First, let’s agree that “silicon” is already taken. There’s Silicon Valley, of course, and Manhattan’s Silicon Alley. But Israel also has a Silicon Wadi and there’s a Silicon Savannah outside Nairobi. Silicon Cape is in use, as is Silicon Beach, Lagoon and Gorge. Ditto Silicon Forest, Fen, Fjord and Slaboda, Prairie, Shire, Shore and Slope, Desert, Swamp and Surf.

Tech is similarly overused, beginning with New York’s Tech Valley, which spans 17 counties and follows the Hudson all the way to Canada. There’s also a Tech Coast and Tech Canyon out there, and innumerable tech and techno parks, cities and regions – both hi-tech and high-tech – and at least six places with technopolis in their names, including one in Lithuania.

Corridor is also shot, I’m afraid, as is Crescent, Cluster, Alliance and Valley, the last of which has been paired with everything from Health to Food, Optical, Medical and Solar.

Research Triangle? I like it, but North Carolina has dibs, along with Edinburgh and Eindhoven, Leuven and Aachen. Boston has scooped up Route 128 and Seoul has grabbed Digital Media City.

Germany, I’m sorry to report, has beaten us to OstWestfalen-Lippe Maschinenbau.

How about Cyberbia? Meh. Smart Island? A little too boasty, don’t you think? Bi-County Biosomethingorother? No! Not another Bi-County anything, I beg you.

OK, this is going to take a little longer than I thought. Why don’t I keep noodling here while the rest of you get to work on the other problems, just in case they’re contributing factors? I’ll come up with a name, you handle the fractured leadership, crippling property taxes, patronage, lack of affordable housing, poor public transit, NIMBYism, backstabbing and grandstanding.

And get back to me soonest, please. This innovation economy thing really can’t wait.