Cutting the ribbon on a new shopping center used to be an elected official’s most-prized photo-op. Today, it’s unveiling a septic system install.

That’s real progress on a couple of fronts. First, there is scientific evidence that suggests Long Island will actually sink if anybody builds another shopping center here. More importantly, it shows that sewage has finally taken its rightful place, front and center, in the minds of local pols.

And about time. The region’s aquifers, which supply residents with almost 140 billion gallons of fresh water a year, are showing signs of real distress, with rising nitrogen levels from wastewater and storm runoff that’s laced with lawn, golf course and farm fertilizers.

Phosphorus is also on the rise, and new pollutants, from flushed pharmaceutical and personal care products, have also been found in our drinking water lately.

I’ll pause for a collective “Eeew.” 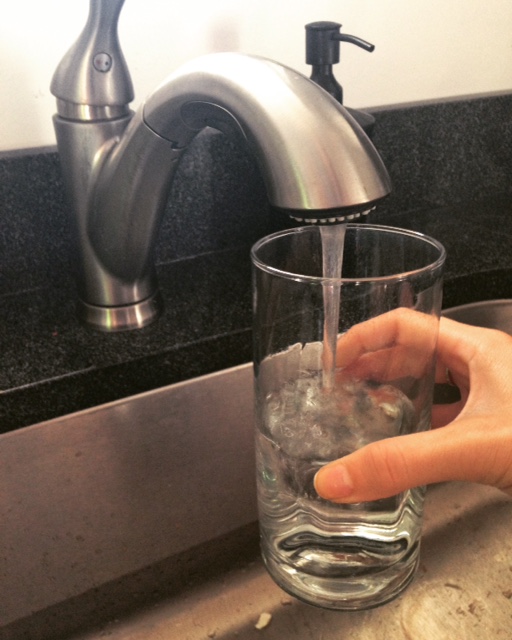 Nitrogen in our rivers, lakes and seas also fertilizes oxygen-sucking algae, which have been known to cause giant oceanic dead zones completely devoid of other plant life or aquatic species. The algae can also choke out coastal grasses and other plant life that slow down the tidal waves associated with storms that have names.What’s so bad about nitrogen, you ask? Basically that it thrives on oxygen, which, as you may remember from high school, is a pretty important part of H2O. Get too much nitrogen in your water supply and you have to worry about bad things like methemoglobinemia, which is better known as Blue Baby Syndrome. The name pretty much tells you everything you need to know.

Nitrogen levels are a problem for both our counties, but in different ways. Nassau’s issue is the outflow from its waste treatment facilities, which is discharged way too close to shore and is responsible for the spread of an especially foul-smelling, marsh-killing algae called sea lettuce. The county would like to shoot the effluent a couple miles out to sea, but it needs financial help – $600 million ought to do it – to get the job done.

Maybe some of our friends in Albany are reading this.

Suffolk’s problem is on the intake. With huge swaths of the county still unsewered – for more, do a Google search of “Southwest Sewer District Scandal” – residents rely largely on septic tanks and cesspools, which do little more than strain waste through the soil and, eventually, back into the aquifer.

Another “eeew” is appropriate.

Now, back to the photo-op, where we saw Suffolk Executive Steve Bellone posing recently beside a large hole in the yard of Nesconset’s Jim Minet, one of 19 lucky winners of the county’s Advanced Septic Pilot Program Lottery. The prize: A $15,000 Hydro Action “extended aeration” system that keeps micro-organisms at the buffet longer, reducing exiting nitrogen levels by as much as 80 percent.

Nineteen Hydro Actions are a nice start, but with 400,000 septic tanks in the county, the program obviously has a ways to go. What’s important is that Bellone and Nassau counterpart Ed Mangano are proactively working the clean water issue and lobbying mightily for the state and federal financial aid needed to move local efforts along.

Good on them. Perhaps they understand that elected office is itself a lot like a sewer.

What you get out of it, after all, depends almost entirely on what you put into it.