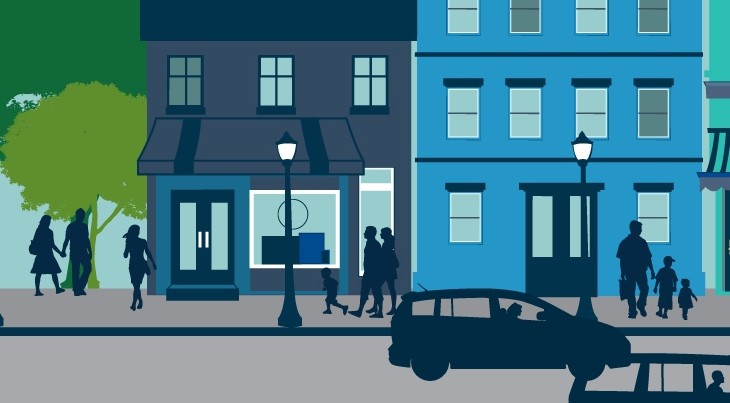 If that’s done, according to a recent report by the Long Island Index, between 44,500 and 73,000 new jobs would be created by 2040 and between $9.5 billion and $15.1 billion would be added in new gross regional product at the same time. It would be a big jolt that our region needs.

To understand just how important these two changes could be, the Long Island Index looked closely at the state of rental housing on Long Island and especially whether the recent momentum in announced multifamily developments shows them taking place where the report recommends: in downtown areas and especially transit-oriented ones. It’s a crucial question because, to be most effective as an economic stimulus, the multifamily housing must offer a variety of types and costs of housing–and, in particular, a style of downtown living–that will attract the young talent that the biomedical and other high-tech industries covet. If young people don’t see attractive and affordable housing options on Long Island, there is the danger of these industries locating elsewhere.

Our latest, just completed, research is not yet encouraging, but it’s extremely valuable because it further underscores where Long Island should be heading.

Long Island has not always had as deep a deficiency of rental housing as it does today. In the 1960s and 1970s the building of garden apartments was brisk. In fact, 44 percent of today’s rentals were built during this 20-year period.

That, however, led to a backlash and a push to tighten zoning, specify height limitations, and limit density. Rental apartment development came to an almost complete halt. In the 1980s, the availability of rental apartments was further limited by the conversion of more than 22,000 units from rentals to coops or condos, and by the expansion in the number of coop or condo units built compared to rentals. The result is the current hole of insufficient multifamily housing that is driving away not only our young people but also our seniors who would prefer to remain where they live today if they had the option.

Looking forward, Long Island is planning to build more units than have been constructed in decades. Counting up projects that have been proposed, that are going through the approvals process, or are actually under construction, there are 72 rental projects, which could add another 21,425 apartment units to our region. But before we break open the champagne bottles to celebrate a brighter future, consider that 78 percent of these projects are still in the proposal stage and, even if they do get built, many are not located where they are needed most.

Examining data on the rental buildings in the two counties now, the Long Island Index geocoded their locations and determined how many are situated within half a mile of a downtown center–near transit, restaurants and other amenities. For the two counties combined, almost half of the buildings are within the downtown radius. But when you look at the number of units, it is much more skewed–with only 35 percent in the downtowns. Why? Because smaller buildings with fewer units tend to be built in the downtowns.

Is the story any better looking ahead? Unfortunately not. While half of all the new buildings in the pipeline are in the downtown area, they are smaller buildings with the result that 70 percent of the total apartment units being created are more than half a mile away from the center where there is transit, stores, restaurants and more.

It’s ironic that Long Island is still not moving more quickly to address the need for more housing options downtown, when a recent Long Island Index survey of Long Islanders shows that the demand is there. The survey, released last December, showed that a majority (60 percent) of Long Islanders said that they have at least some difficulty in meeting their monthly rent and mortgage payments, due to the Island’s persistently high housing costs, and more than half (52 percent) of Long Island residents could imagine themselves or an immediate family member living in an apartment, a condo or a townhouse in a local Long Island downtown.

Long Island has a wonderful opportunity to turn around its current economic stagnation and create prosperity that will enhance the economic prospects of all Long Islanders. To seize the initiative, we need to build more downtown housing. The latest research by the Long Island Index shows that we are moving in the right direction but not nearly fast enough.

Ann Golob is the Director of the Long Island Index