Getting an apartment on Long Island is a lot like ordering a lobster.

Well, except one of them doesn’t have mushy green stuff inside. 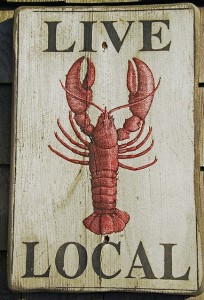 No, I’m referring to the concept of “market price,” which is usually what the menu says next to the lobster entrée. It’s restaurant-speak for “We plan to charge you the most we possibly can.”

And so it goes with apartments. If you really want one, you will have to pay the going rate. For a one-bedroom apartment built in this century that’s close to a downtown and public transportation, that’s around $2,200, with many at $2,500 and more.

Those numbers don’t break the bank for single professionals or what’s called empty-nesters, those who have sold the house and downsized. But they’re awfully pricey for a young person with a starting salary from which must come necessities like car insurance and Katy Perry downloads.

Not to mention service on Atlas-sized college debt.

Which is why such an inordinate number of young Long Islanders have fled to cheaper places or are camped in with family members.

It wasn’t always like that here. During the 1960s and ’70s, developers built thousands of apartments on Long Island every year, guaranteeing affordable prices for retirees, single professionals and young couples saving up to buy a future home.

Building apartments was especially good business back then, thanks to cheap land and low-cost, government-backed financing. Per-acre density limits in New York City also fed the rental boom here, with apartment construction eventually reaching half the pace of new home construction – that is, one apartment for every two houses built. And they were building houses like crazy.

But then the scaremongers took over. Long Island’s suburban character is at risk, they clucked. Another gray city! Ruination for our schools!

And, a bit quieter: More of those people.

The local daily picked up the banner of doom with a series called “The LI Apartment Invasion,” in which it suggested that Long Island commuters “can almost see the apartment buildings following them home from New York.”

That did the trick. Over the next few years, Long Island towns and villages passed a flurry of master plans limiting new apartments, and by the late 1980s, rental construction had flat-lined. Worse, the Island’s apartment stock would suffer a major reversal during the coop-craze of the 1980s, when more than 22,000 apartments converted to owner-occupied units.

Today, despite an ongoing boom in new apartment construction, and despite all those moved-away young people, demand far outstrips the number of available units. There are proposals to build another 25,000 rental and coop/condo units in the coming years, including significant projects in Glen Cove and Brentwood and Ronkonkoma, but it will take decades of steady construction before the market evens out.

Lobster prices, in other words, aren’t going down any time soon.