We love where we live. But love hurts.

More than half of Long Islanders say they’re likely to move in the next five years to find housing that is more affordable.

That’s roughly 1.5 million people by my math, a potential Grapes of Wrath-quality out-migration that would destroy the local economy and bring government to its knees. 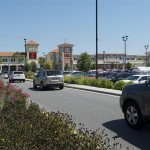 Yes, but imagine how close we’d be able to park at the mall!

The numbers come from the annual Long Island Index survey on the affordability of housing and such associated evils as brain drain and property taxes. CliffsNotes version: Large majorities of respondents said local housing costs and taxes are forcing them to consider a move, even though most of them identify as Long Islanders, like the communities in which they live and really want to stay.

The sentiment is widespread among residents of all ages and has grown steadily over the dozen years the Index has surveyed on housing costs.

Almost three-quarters of respondents now say high property taxes are a very serious or extremely serious problem for Long Island, and 70 percent said they feared the local cost of living would drive away members of their own family.

Their fears are not misplaced, by the way. A matching 70 percent of young Long Islanders – the 18 to 34 crowd – said they will likely leave within the next five years to find more affordable digs.

Remarkably, more than half of their parents and grandparents – those aged 35 to 64 – are also thinking about moving to find cheaper housing in the next five years.

In fact, this year’s data suggests only two population cohorts – babies and Centrum takers – are likely to remain here after 2020.

And it’s possible they didn’t understand the question.

What’s most interesting about the survey – besides the specter of better mall parking – is how happy those likely-departing residents are living right where they are. Three quarters of Long Islanders, for example, rate their community as a good to excellent place to live.

An even larger number of Long Islanders – 85 percent – say they strongly identify with where they live and almost as many (78 percent) said they feel a vibrant sense of community. Both scores are much higher than those in nearby suburbs in New Jersey and Connecticut, where the Index also surveys.

I’m reminded of George Carlin’s take on the conundrum of the Creator: If God is all powerful, could he create a rock so big he himself could not lift it?

Did Long Island, in its quest for picket-fenced homes, great schools, crime-free streets and patronage-filled government, create a place a majority of its residents love but simply can’t afford to live in?

Something to ponder as you snag that great parking space at the mall.