What happens when the cost of living makes living here unlivable?

Gauging economic prosperity was a lot easier when I was growing up. Back then, there were the “haves” and the “have-nots.” The trick for my parents was to stay somewhere in the middle while always trying to move up a notch or two.

My father called that demarcation line “getting by.” If you were getting by, you had a house, a serviceable auto and managed to take a summer vacation most years. Cha 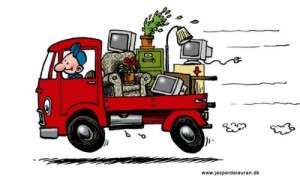 nces are you were saving a few bucks for retirement and had aspirations of sending the kids to college.

(And if you could get by long enough, you had a chance of ending up doing pretty good: After their five kids moved out, my parents realized they were flush enough to join the local country club.)

Things are obviously a lot more complicated today. We have 1 Percenters, Five Percenters and the Corporate Elite. There are Near Poor, Working Poor and the Needy. In between is the Shrinking Middle Class, flanked by the Upper Middle Class on one side and the Lower Middles on the other.

For optimists, there’s even an Upper Lower Middle Class.

And “Hedge Fund Manager” is now its own thing.

What hasn’t changed much is the getting by part. While nine in 10 Americans call themselves Middle Class, they’re either making ends meet or not. On Long Island, increasingly, we’re not.

Problem 1 is that the local workforce has lost a lot of good-paying jobs over the past couple of decades as we’ve shifted out of high-value manufacturing – defense products, for example – and into a broader service economy, which is far more susceptible to job-killing technology and corporate relocation.

True fact: Long Island used to lead the nation in average private sector wages, but the rest of the country passed us by in 2014.

Problem 2 is the cost of living. While other parts of the country are not only earning more than us now, they’re doing it in places with much lower housing, taxes, utility and transportation costs, meaning they’re not just getting by, but comparatively getting ahead.

And I’m not just talking about Montana or Texas. A family of four living in Passaic, N.J. can get by with an annual family budget of $82,000, compared to $104,000 on Long Island, according to the Economic Policy Institute. The difference is almost entirely in property taxes and housing costs.

It’s why 32 percent of Long Island residents are what’s called “severely rent burdened,” or paying 50 percent or more of their income towards housing costs – a third more than the national average. It’s also the reason 44 percent of Long Islanders aged 25 to 29 live at home, more than double the U.S. average and a 13 percent increase since 2000.

No surprise, then, that almost 75 percent of young Long Islanders say they expect to move away over the next five years to find better-paying jobs and cheaper rents.