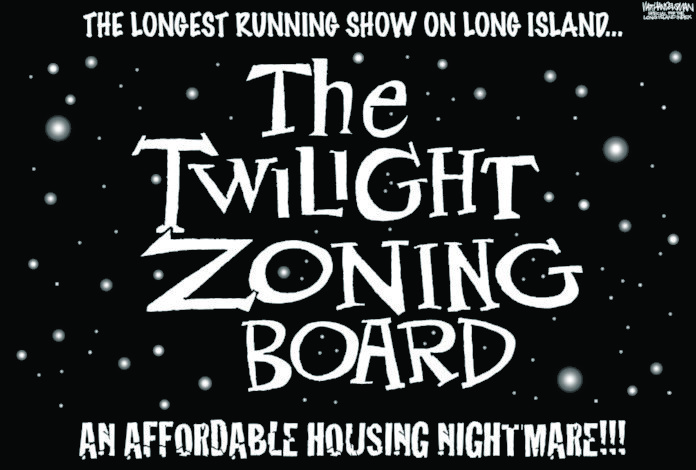 The key to Long Island’s economic future depends on denser development around train stations. It will enable us to attract businesses and young workers, ease traffic congestion, and reduce pressure to develop the region’s remaining open spaces. Ironically, this kind of development is essential to preserving the suburban single-family lifestyle for which Long Island is renowned. Without it, we will not compete with other suburban areas on the East Coast, and taxes will just rise more as the tax base declines.

But denser development does not need to evoke images of Queens. It can be designed to be uniquely Long Island.

What’s required is that local communities establish their priorities in a clear and transparent way, and that the permitting process be consistent and predictable. I say this, based on my experience as a Long Islander who chose to live here decades ago, a developer who knows the competition on the East Coast, and an environmentalist who has served as vice chair of The Nature Conservancy on Long Island.

Having overseen successful real estate developments from North Carolina to New York, I can attest that there is no place on the East Coast where multifamily housing development is as difficult to build as LI. This obstruction puts the region at a great disadvantage, because multifamily housing in walkable settings is now in great demand.

According to a recent report from the George Washington University School of Business, “Foot Traffic Ahead 2016”, “For perhaps the first time in 60 years, walkable urban places (WalkUPs) in all 30 of the largest metros (metropolitan areas) are gaining market share over their drivable sub-urban competition…and that metros with the highest levels of walkable urbanism are also the most educated and wealthy (as measured by GDP per capita)—and, surprisingly, the most socially equitable.”

The trend is so dramatic that the authors of the report, Christopher Leinberger, a professor at George Washington University School of Business, and Michael Rodriguez, a research director at GWSB, wrote in a recent op-ed in The Washington Post that in the metropolitan Washington, D.C. area “walkable urban space has captured 91 percent of all new occupied office and apartment space for the past six years in the area. This demand will take years, if not decades, to satisfy.”

That’s what Long Island is competing with—a demand for walkable places that we can ignore at our peril or embrace on our own terms. Embracing it on our own terms requires that we decide what types of development we want and where, that we state those preferences clearly so that developers can have confidence that these choices are firm, and that approvals unfold in a time frame on which developers can rely.

Clarity and reliability are also crucial to addressing the need for affordable housing—housing that younger workers, for instance, can manage to rent. Affordability is heavily influenced by the cost of land, the density permitted, and the reliability of the approval process.

In our real estate firm’s multifamily housing developments, we demand higher returns on our investments—and, therefore, prices—on the Island than in suburban Virginia. That’s because on Long Island we can’t predict reliably what the development timeline will be. In Virginia, timelines are predictable and transparent, and they don’t change.

Local communities still have control of the process. They still assess and determine what is acceptable. But if we on LI want to create environments that attract 21st-century businesses and workers, we must be willing to compete for them.

A number of communities are already doing this—Patchogue, Mineola and Huntington Village, for instance—but many more places will need to adopt this approach, if the Island is to be competitive economically. Nassau and Suffolk counties can also play an important role by publishing the development priorities that have been identified.

Fortunately, LI does have a lot of available space to develop near Long Island Rail Road stations. In 2010, the Long Island Index and the Regional Plan Association identified 8,300 acres within a half-mile of LIRR stations and downtowns available for infill development.

An extraordinary opportunity is available to us: We can revitalize the Island’s economy and preserve our legendary focus on single-family housing, while also providing the range of transit-oriented multifamily housing that LI’s future prosperity requires. We can have it all—and on our own terms.

We just need—as a region and as individual communities—to embrace denser development around train stations, agree on the terms on which we will support it, and ensure an approval process that will support them consistently and reliably. If Long Island can do that, we will once again have a thriving economy to support the quality of life for which we have long been rightly renowned.

Mark Hamer, a resident of Huntington, is a principal of Harvest Real Estate Services, Inc., and Timber Ridge Homes, both based in Jericho.