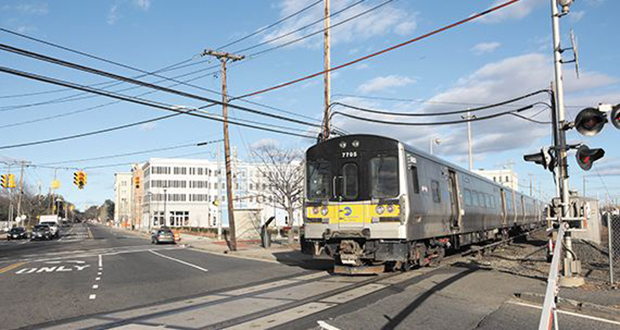 Mixed-use developments sprang up around train stations on Long Island more than 100 years ago. That’s where Long Island needs to go again. And two even older vehicles are perfectly suited to get us there: participatory government and the Long Island Rail Road.

Those of us who are regular commuters into New York City tend to notice the shortcomings of the LIRR, but it’s an extraordinary asset that other suburban areas of the nation wish they had. Its 124 stations provide a vast network that connects our communities to the business capital of the world, while letting us live in smaller settings over which we can have more control.

Local control is something we cherish, but it has to be adaptable, rather than static, for the region to thrive. As the world changes, Long Islanders – like everyone else – want things that are different, and we have to provide enough of it to be competitive.

I see that in my own family, where my adult daughter Christina has moved into an apartment in New York City, because she thinks about housing and transportation differently. She pays a lot of money to rent a studio near her job, but she doesn’t have to buy, maintain, and insure a car; she avoids the cost and time of commuting, and she lives in a vibrant setting surrounded by friends and entertainment.

Long Island will always offer a distinctly different lifestyle, and it should. But if we don’t offer some of what younger people want, they won’t be living here. Interestingly, despite the well-documented exodus of young people from Long Island, a majority of Long Islanders aged 18-34 can imagine themselves or a family member living in a local downtown area, according to the Long Island Index.

In another instance, a friend of mine bought a condominium complex in Amityville within walking distance of the train station. Most of the people buying the units there are life-long Long Islanders looking to downsize. As the Long Island Index reports, 29 percent of Long Islanders say that they want to live in an apartment, condo, or townhouse in five years. They, too, want to live differently.

What’s striking to me, as a former elected official, is how complex the dynamic is at the moment between elected officials and constituents on the issue of denser development. We cherish our single-family homes, but we want more options. We want to adapt, but we don’t want too much change. We want our elected officials to lead, but not be too far out in front. It’s complicated territory to navigate.

That’s one of the reasons that some of our smaller communities have become especially innovative mini-laboratories of downtown development. The villages of Mineola, Patchogue, and Westbury are great examples. In smaller settings, elected officials are more closely connected to the communities they serve and can better align themselves with changing aspirations.

That’s where the LIRR stations come in again, because mixed-use development around them is both innovative and historical. It’s the future without breaking from the past.

What’s crucial is for public officials to work early on with representatives of communities and developers together to achieve good planning. Too often, in the past, developers have come up with ideas and then presented them to the public. That caused resentment and a perception that public involvement only came after a project was a fait accompli.

With community engagement from the outset, the plans that emerge enable elected officials to be supportive and developers to be responsive. They in turn produce projects that both look good on paper and get built.

We have an extraordinary opportunity on Long Island – with 124 LIRR stations – to create denser development around them; to build dynamic downtowns with shops, office space, and housing; to ensure that the housing is available at a variety of price levels so that younger people, among others, can afford them. In doing that, we can focus development where we want it, create settings that will attract the business that we need, and preserve our vast expanse of single-family homes.

That’s an exciting future for Long Island – and one that will benefit all Long Islanders. So let’s get moving and make it happen.

Halpin, managing director at Mercury Public Affairs, was Suffolk County executive from 1988 to 1991.