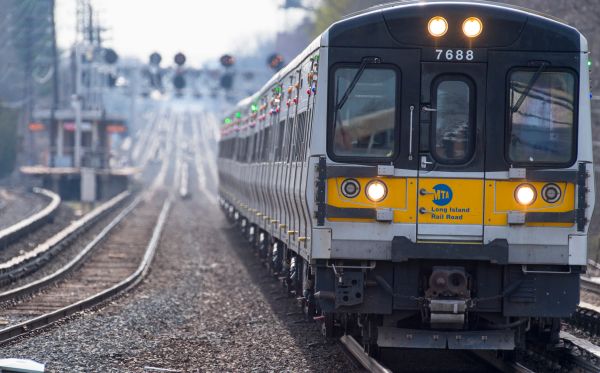 A state review board has approved the Long Island Rail Road’s long-considered third track project, a $2 billion plan that will speed service, enhance reliability and eliminate dangerous traffic crossings along a 10-mile stretch of rail between Hicksville and the Queens border.

Four major lines link up with the main track there, meaning the fix will resonate across the Island’s entire rail system, boosting capacity that, for the first time, will allow New York City workers to reverse-commute to unfilled Long Island jobs, giving the region a sure economic boost.

The project will also add sound buffers, improve track beds and drainage, plus modernize signals, switches and communication systems. There will be added parking and pedestrian bridges. Routing auto traffic under the tracks will save motorists as much as 28 minutes per hour at some crossings. History suggests lives will also be spared.

First suggested in 1949, the third track proposal kicked around for decades as rail ridership declined and the Long Island Expressway was built. Much of the railroad’s capital in those years, not that there ever was much, went to new rolling stock and diesel engines, then a new signal system and the elimination of grade crossings.

The state took control of the struggling operation in 1965, but it, too, ignored the third track proposal in favor of such capital improvements as air-conditioned passenger cars, electric engines and concrete ties. Adding another track between Farmingdale and Ronkonkoma became a new priority, as did preparing for the East Side Access project that will one day route some LIRR trains into Grand Central Station.

And so transit officials didn’t dust off the proposal again until 2005, when they unveiled an ill-conceived third track on steroids that would require broadening the system’s right of way and condemning dozens of residential properties, commercial buildings and recreational areas. It would also put local residents through years of jackhammering and the clank and roar of diesel-powered machinery.

The public outcry was equally loud, and, as one LIRR history put it, “the project was dropped.”

It might have remained there but for a few, resolute thinkers at the Rauch Foundation who understood the significance of the rail project in terms of workforce development and Long Island’s future economy. They kept the idea alive, study here, op-ed there, never lose hope. A long decade of lobbying, sotto voce.

And then, poof, along came Gov. Andrew Cuomo, the Bilbo Baggins of infrastructure, suddenly here and offering billions of dollars for everything from parking garages to biomedicine centers. And, yes, the third track, the exact sort of big, bold project New York used to be known for.

“Long Island’s future prosperity depends on a modern transportation network that eases congestion on our roads, improves service on the LIRR, helps this region’s economy and preserves the character of these great communities,” he said in pitching the plan at a big Long Island Association gathering.

Public hearings followed, then a rosy environmental impact report. A coalition of businesses formed, then a groundswell of public support numbering in the hundreds of thousands. Many of them commuters, no doubt.

And then, on July 11, following weeks of last minute intrigue at the state Senate, the last political opposition quietly folded and the project was approved for funding. Long Island will get its future.

Kudos to the keepers of the vision, the business leaders who saw the light and the state and municipal officials who, in the end, risked putting the greater good first. It was an historic moment.

Which begs for one last point of history: When the project is complete, it will have taken 50 years longer than erecting the Great Pyramid of Giza.

Of course, the Egyptians didn’t try to build on Long Island.