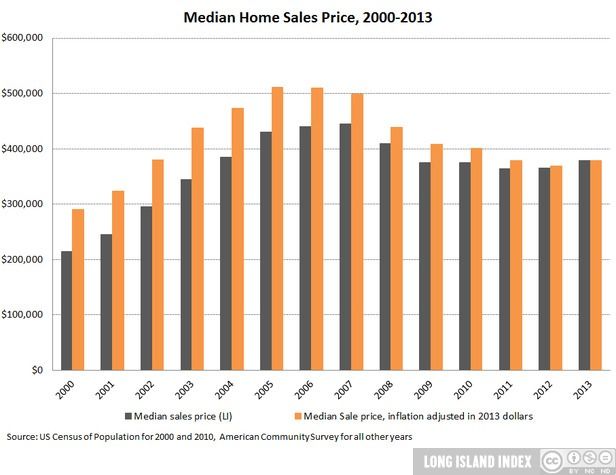 Housing prices have increased, with the average single-family home selling for $378,500, while the average household income held steady at $90,800.

Homes are the major source of wealth for most people, and housing costs represent the largest part of household budgets.  Home values and rents are also indicators of the health of the economy. Since 2006 the sudden drop in home values has prevented many home owners from selling their homes or forced them into foreclosures. Empty, foreclosed homes are not only tragic for the households but also negative impact the communities and the nearby homes. In late 2010 New York State made legislative changes in foreclosure process, which made foreclosures more difficult and dramatically drove down the number of foreclosures. Therefore, the housing market is very likely to be more complicated and unpredictable in the next a few years.

Median household income, adjusted for inflation, has held steady at just under $91,000 for the last three years after declining from a high of $96,500 in 2007. An average home sells for 4.2 times the average income, down from 5.5 in 2005 but still a high ratio by historical standards. 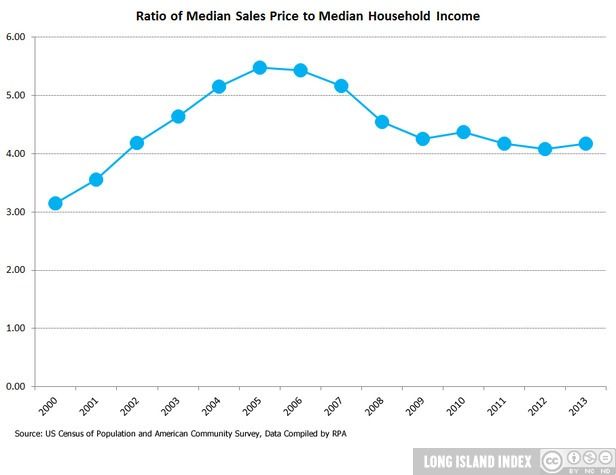 Median prices can hide the range of homes affordable to people at different income levels.  The decline in housing values can be a major financial loss to someone trying to sell their home, and results in a decline of new housing construction that helps the overall economy and that is needed for new households.  In the short term, however, this has led to an increase in the number of moderately priced homes.  In 2006 there were only 1,500 homes that sold for less than $250,000. In 2013, 5,400 homes were sold for less than that amount. 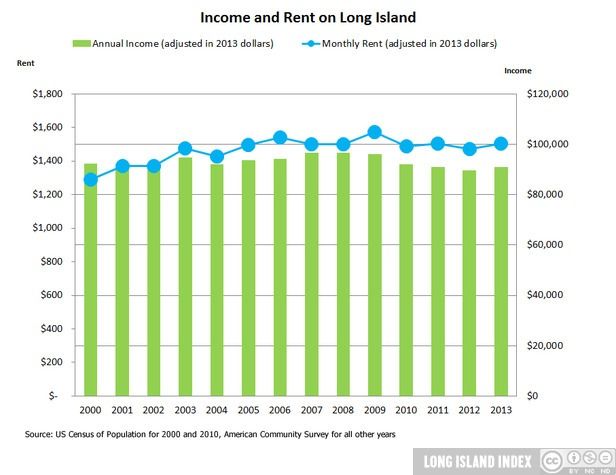 The share of Long Island households paying a high share of their incomes for housing has stabilized, showing no change between 2012 and 2013. 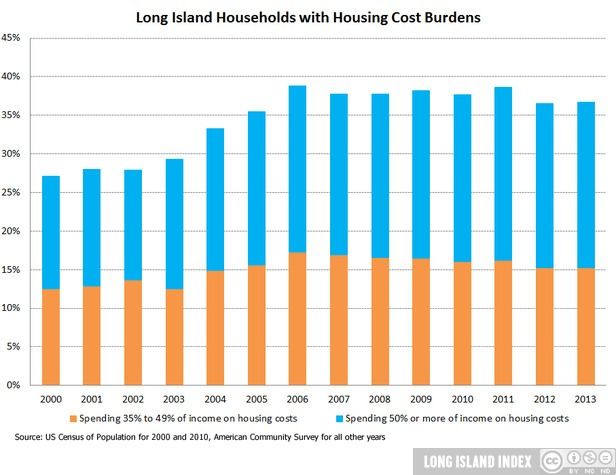 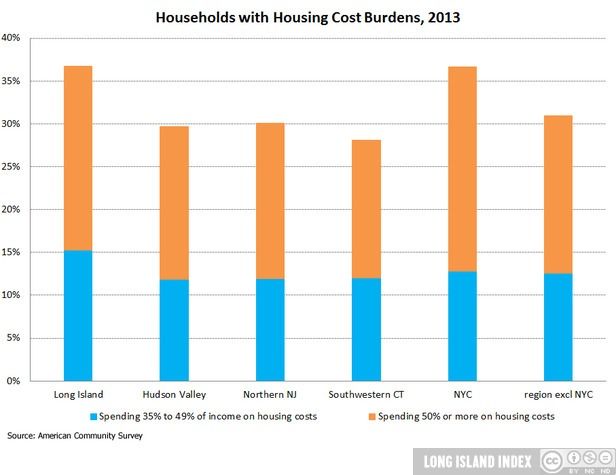 While the housing cost burden on Long Island has stabilized, other suburban parts of the New York region are starting to see a decline.  In 2013, the 37% share of households paying more than 35% of their income for housing was above the 30% share found in the Hudson Valley, northern New Jersey, and southwestern Connecticut. 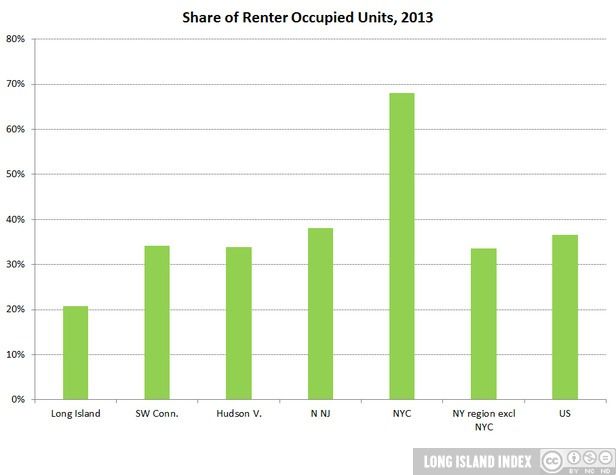 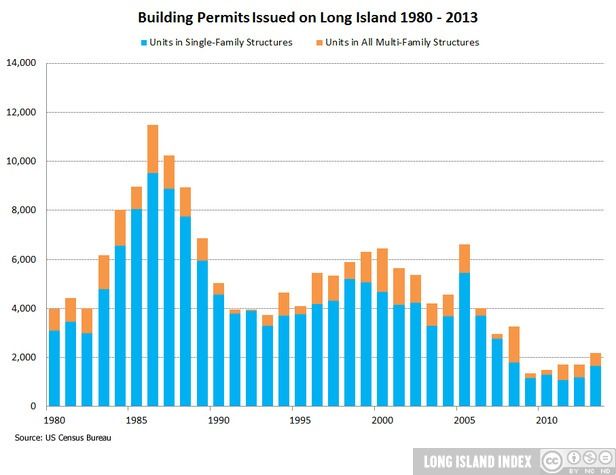 As recently as 2005, 6,600 units of housing received permits for construction.  The residential construction market remained depressed nationally as well as on Long Island, and only began to turn up in 2012.  However, the cyclical decline was layered on top of a long-term trend of modest housing construction.  Some communities are still suffering from the devastation from super-storm Sandy in 2012, some of the increase in new housing units may be a reflection of the ongoing rebuilding. 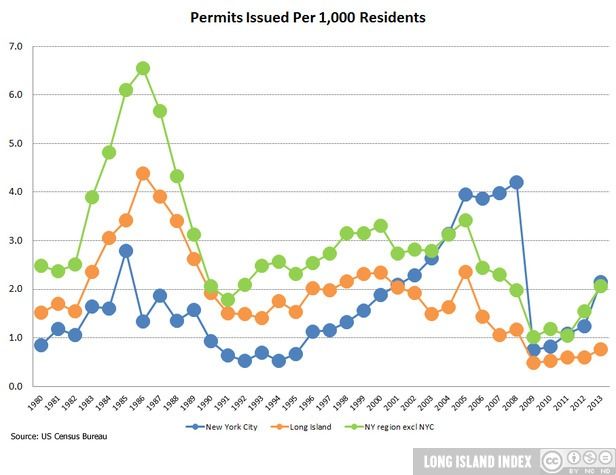 In the seven years since 2006, a mere 14,700 units have been permitted on the Island, the lowest across the region on an absolute basis.  Long Island had less permits issued (0.8 permits issues per 1,000 residents) on per capita basis than any other part of the New York metropolitan region.   The share of permits for multi-family units significantly declined in 2013.  Over the last decade since 2003, Long Island’s 22% share for multi-family was considerably below the 39% share in southwestern Connecticut, 38% in the Hudson Valley, and 53% in northern New Jersey.

Overview: Long Island is falling behind its suburban neighbors in both the number of new homes and the variety of housing types being built. This has serious implications for our younger generation looking for rentals, condos, or other non-single family homes and for any family looking for more affordable opportunities.