While overall poverty levels on Long Island are lower than NYS as a whole, poverty in Long Schools is increasing.

Scholarly research shows that poverty is the most significant factor in determining how a child will perform in school. A child’s own family income is central, but it is not the whole story. The socioeconomic status of the community in which a child lives and goes to school is also important.  Concentrated poverty—where many families in a certain area are poor—is far more disadvantageous than individual poverty alone. A common measure of school poverty is the percentage of students in a school who are federally defined as eligible for free lunch. Using percent free lunch, schools can be thought of as “high” and “low” poverty. In “high poverty schools” many students receive free lunch and thus poverty is highly concentrated. In “low poverty schools,” few students receive free lunch. 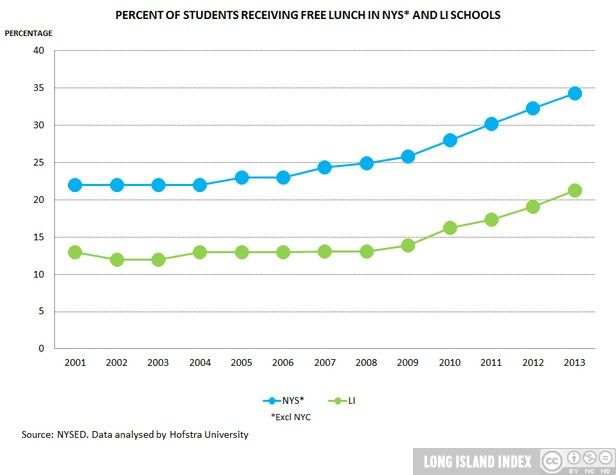 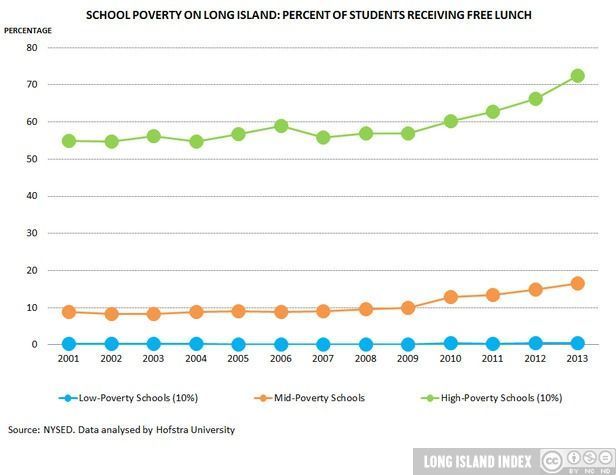