Long Island teachers tend to surpass New York State with greater educational preparedness.  Turnover rates on Long Island were higher than NYS during the post-recession years, but returned to the State level in 2013.

Teacher quality is one of the most important aspects of students’ learning environment.  We define “highly educated” teachers as those with either a Doctorate or 30 credits beyond a Master’s degree. Such credentials serve as a proxy for professionalism.  In addition, having a stable core of experienced teachers is an important component of the educational environment for students.

Before moving to the figures, it is important to note that on Long Island, there is little difference in these measures by school poverty (not shown) for both the percentage of highly educated teachers and turnover rate. The overall percentages are quite similar across low- mid- and high-poverty schools.   However, there are still some interesting overall trends. 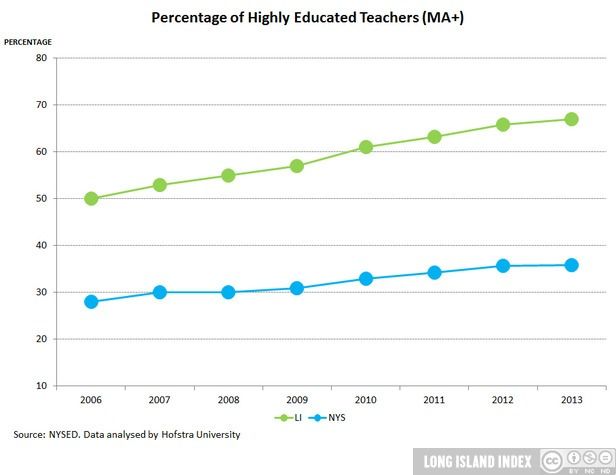 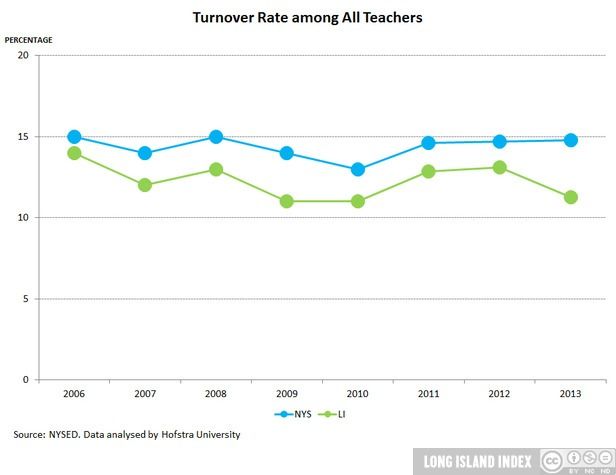 Teacher turnover showed a general decline between 2006 and 2009 (from 14% to 11%).  An upward trend occurred between 2010 and 2012 (from 11% to 13%), but fell again in 2013 back to the 2010 level. Turnover on Long Island is consistently below the levels for NYS as a whole.  Comparisons across schools with different levels of poverty show that, while they tend to follow a similar pattern, there was a sharp upward tick in turnover rates for high-poverty schools in the post-recession years between 2010 and 2012.  Their rates returned to a level more commensurate with mid- and low-poverty schools in 2013.  This divergence may have reflected greater budgetary stress in high-poverty districts following the recession. 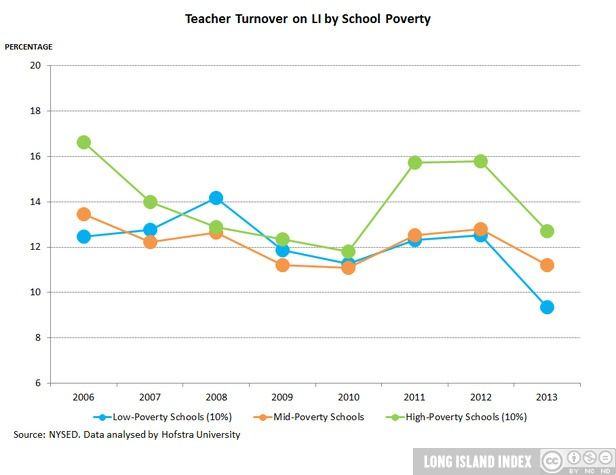