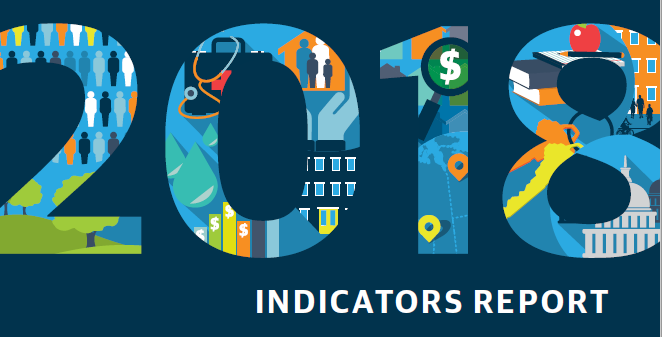 A Better Long Island for All by Bob Keeler

The Need to Tackle Segregation Head-On by Elaine Gross

Build Apartments, and They Will Come by Marianne Garvin

Education and the Economy by Tom Rogers

Building Regional Leadership for the Innovation Economy by Bruce Stillman

The Long Island Index, a project of the Rauch Foundation, released today its final report of regional indicators. The report provides the latest data on conditions on Long Island, trends over time, and comparisons with competing suburbs – prepared by Regional Plan Association. It also illuminates the Index’s now-proven formula for regional progress, reveals the results of a recent public opinion survey, and contains reflections by members of the Index’s Advisory Committee on challenges and opportunities facing Long Island. In doing so, the report points the way to maximizing the region’s extraordinary potential, noting that, while progress is being made, “maintaining Long Island’s high quality of life, and extending its benefits to more of its residents, will require accelerated response and innovative approaches.”

The data covers such topics as the economy, communities, health and education, environment, and governance. It reveals, for instance, that Nassau and Suffolk’s economy continues to expand, but not by enough or in the types of industries to raise standards of living for everyone. More people moved out of Long Island than moved in, not including foreign immigration, during every year since 2000, even though most Long Islanders identify very strongly with their county – at least twice as strongly as residents of Westchester, southern Connecticut, and northern New Jersey.

The data also shows that Long Island’s population is growing slowly but changing rapidly. Long Island is doing well by health outcome measures, such as life expectancy, but there is a wide gap between the health of affluent and lower-income residents. Long Island spends more per student than other parts of the region, but with smaller and wealthier school districts spending more in local taxes than larger and poorer ones.

In 2018, Long Island looks physically much as it did a generation ago – with attractive neighborhoods of single-family homes built mostly during Long Island’s growth spurt from the 1940s to the 1970s. While there are a growing number of communities starting to provide more diverse housing options, Long Island is lagging other parts of the New York region and is unaffordable for too many. Long Island also has some of the highest rates of carbon emission and water consumption in the region, and declining rates of open space protection. In addition, Long Island’s 665 units of local government are far more than in other parts of the United States, and few Long Island residents have confidence that public officials will address their concerns if they tried to bring them to their attention.

Fifteen years ago, the Rauch Foundation created the Long Island Index, a regional index to inspire and advance regional thinking. It was a bold – now proven – experiment by the Foundation, which had always intended, once the experiment was completed, to pass the responsibility to another entity. The Rauch Foundation and Newsday recently announced that a new research entity at Newsday – called nextLI – will succeed the Long Island Index as the regional index for Long Island. nextLI will carry on the tradition of producing and publishing high-caliber research and information that is essential to understanding Long Island’s regional challenges, while creating an innovative digital platform for civic engagement. The Long Island Index’s website (www.longislandindex.org) will continue to present the 15 years of data that it has compiled, and the Rauch Foundation will initially support the new research entity to ensure a smooth transition.

During those 15 years, the Long Island Index has revealed a now-proven formula for maximizing Long Island’s extraordinary potential for economic growth and prosperity for all. That formula has four components: provide objective data that illuminates Long Island in a broader context; focus on regional assets and the potential for leveraging them; generate new models of working together; and realize progress through concerted advocacy and public engagement.

There is no better example of the impact and potential of this model than the successful effort to achieve MTA approval of construction of the Long Island Rail Road’s Third Track. The Long Island Index conducted the research that revealed the regional benefits of the Third Track, which strengthens a key regional asset, the LIRR. The Right Track for Long Island Coalition provided a new way of working together and generated crucial public engagement, complementing the strong leadership of Governor Andrew Cuomo, to advance the initiative to the point of MTA approval.

“The Long Island Index has created a remarkable legacy of providing objective data to inspire regional thinking,” said Nancy Rauch Douzinas, President of the Rauch Foundation. “But, while the region is making progress, it’s not rapid enough. We must implement the Index’s proven formula more fully, in other areas highlighted in this report, to maximize regional progress.”

“This final report illuminates Long Island’s challenges and opportunities,” said Ann Golob, Director of the Long Island Index. “It’s time to address them more aggressively, making progress on many more fronts simultaneously. This report points the way. If we follow it, we can make Long Island the centerpiece of a vibrant economy that enhances the lives of all Long Islanders.”