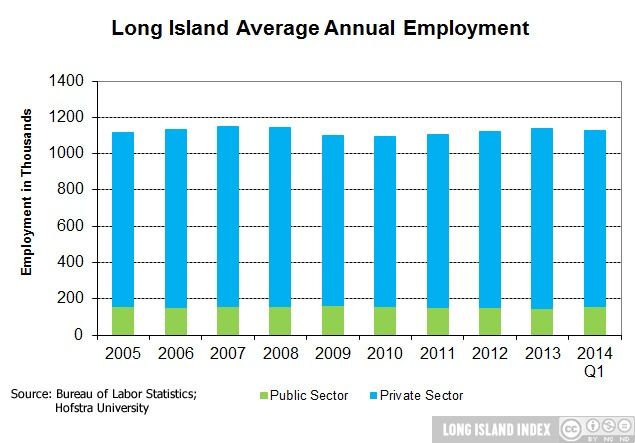 As noted in prior reports, 2007 marked a high point for employment on Long Island, when there were about 992,000 private sector jobs.  Then, from 2007 to 2010 there were three straight years of employment declines. That trend was reversed between 2010 and 2013 (a 5.7% increase).  2013 private sector employment was still slightly lower than the employment peak in 2007.  The first quarter of 2014 showed a drop to 968,000 jobs, only marginally higher than 2005.  This pattern continues to reflect what could be termed a “jobless” recovery from the recession.   While the overall economy has grown (as reflected by GMP), employment remains generally flat.  Public sector employment fell consistently between 2009 and 2013.  It edged up slightly in the first quarter of 2014.