Long Island’s economy continues to show signs of growth since the recession. However, growth has lagged behind the U.S. GDP as a whole.

The Gross Domestic Product (GDP) is a measure of economic activity within a defined geographic region or within a sector of a defined economic region. When referencing a defined metropolitan area it is sometimes referred to as the Gross Metropolitan Product (GMP). Essentially the GDP/GMP measures the economic output of a region and can be used to compare overall economic activities across regions, or the contributions of various sectors. 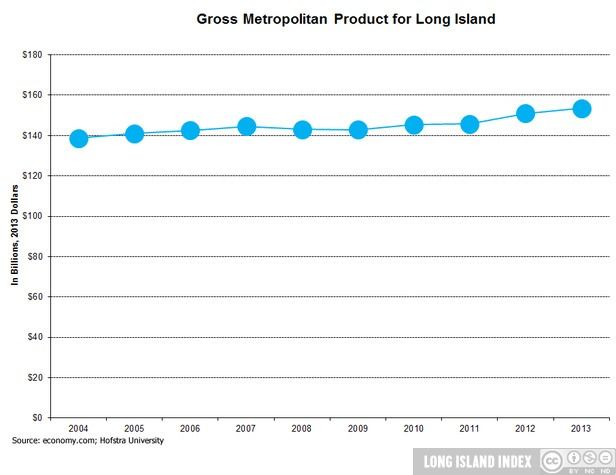 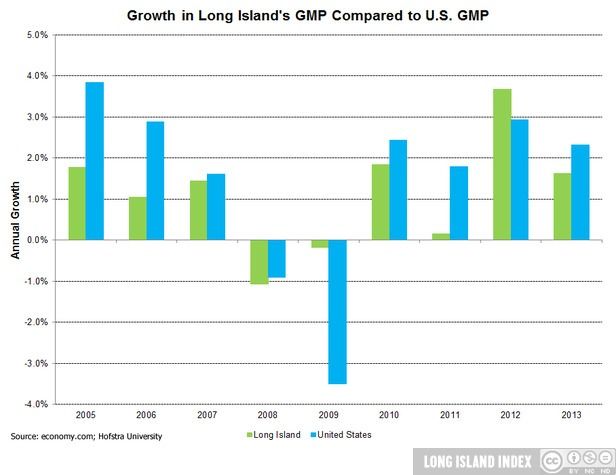