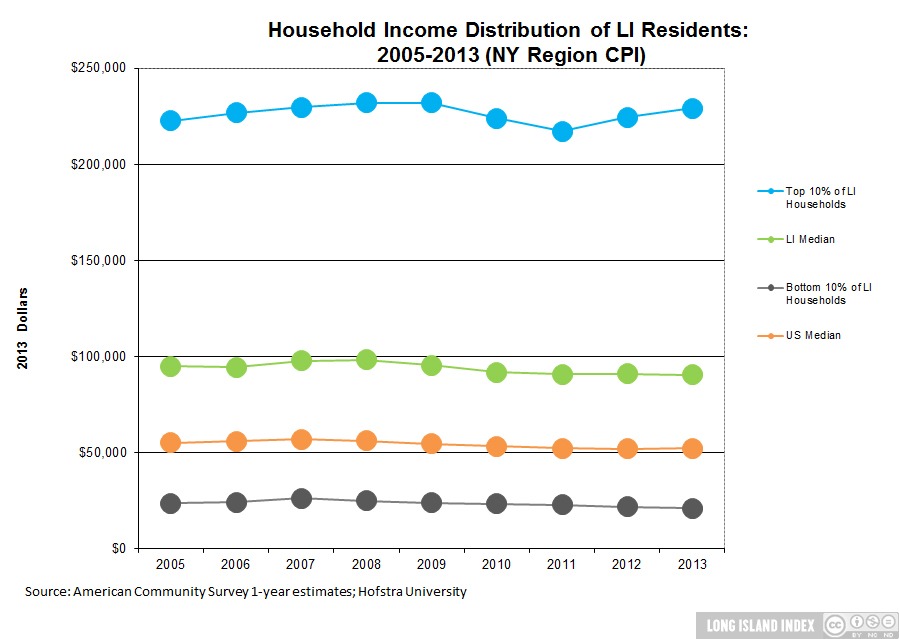 Median household income continue to decline at the middle and bottom while rising at the top.

This measure shows how Long Island’s standard of living among households at different income levels has changed from year to year.  The chart plots the household income at the top 10%, the median, and at the bottom 10% of the Long Island income distribution.  It also includes the U.S. median income.  The present data are based on the American Community Survey one-year estimates.   Index reports prior to 2014 were based on the 3-year moving average of the Current Population Survey March Supplement.  The ACS utilizes a much larger sample for estimating county and regional statistics.   The analyses refer to all households, regardless of their size.  Household incomes are reported in 2013 dollars.