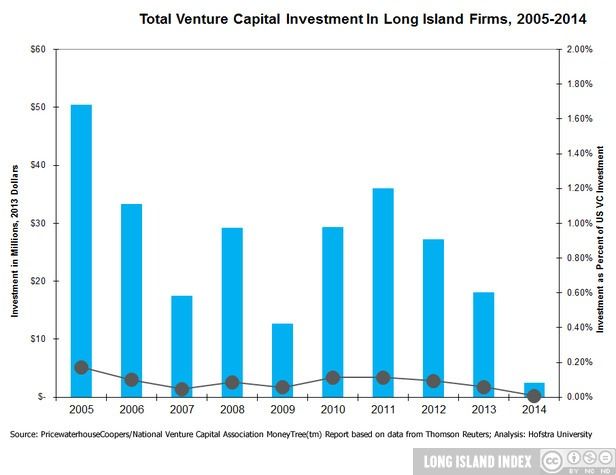 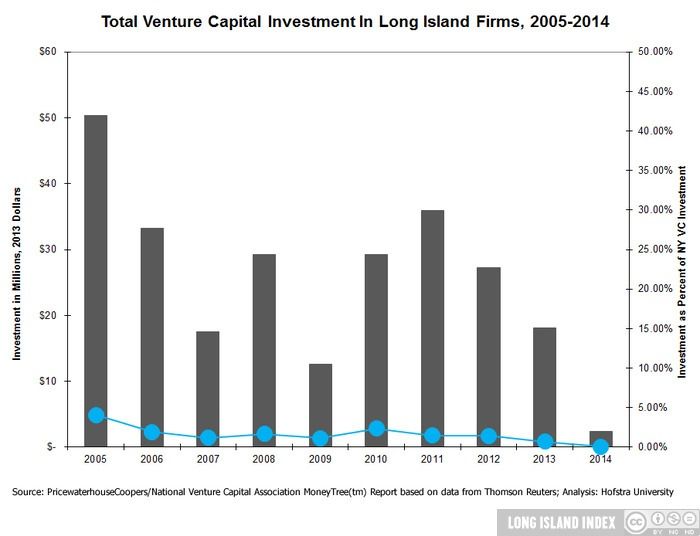 Venture Capital is not invested evenly across Long Island Industries, however.  Some industries attract more interested than do others.  With respect to the amount invested between 2005 and 2014, Medical Devices and Equipment ($71 million), and Software ($53 million) attracted the most venture capital.  Some industrial sectors, like retail, networking, and consumer products and services attracted no venture capital whatsoever.  With respect to Long Island’s share of New York State venture capital, it can be seen that Medical Devices and Equipment (13.7%), the Electronics/Instrumentation (8%), and Biotechnology (5%) attracted the highest percentages of total New York State venture capital in those industrial sectors. It should be noted that these figures as a percent of New York State totals are generally lower than those reported two years ago. 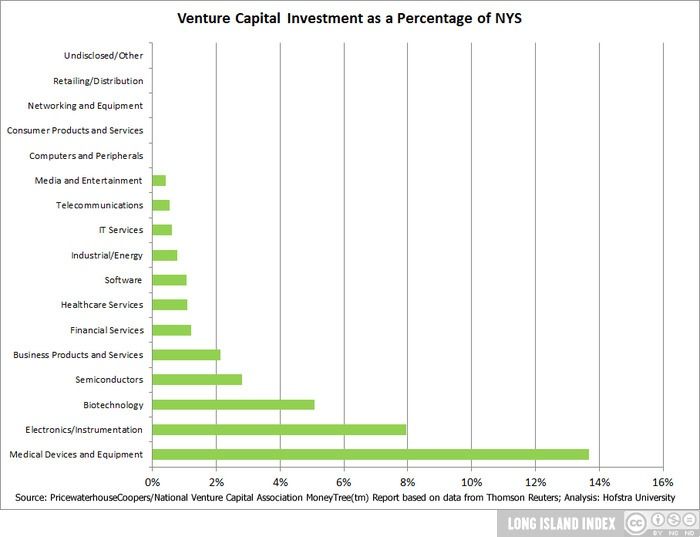