Changing housing preferences are chipping away at the old block

A funny thing is happening on the way to the future.

Growing numbers of Long Islanders, of all ages, ethnic and economic groups, say they’re ready to swap their tree-lined lanes and cul de sacs for walkable rental and condo communities, preferably near a 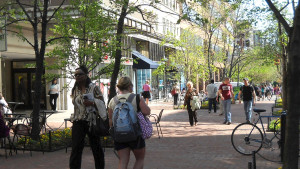 train station and with stores and other commercial activity close by.

Quite a change for the place in which “bedroom community” was coined and where Levittown builders once slapped up 30 capes and ranches in a single day.

The region might be considerably better off in meeting the needs of future residents had those two factors – land costs and NIMBYism – not also hindered the construction of apartments and other forms of “multifamily” housing stock. While developers are now building rentals at a pace not seen since the 1950s, pent-up demand and the cost of land and infrastructure put even the smallest units out of the financial reach of many Long Islanders, especially young people.

The problem will get worse in the coming 15 years as the number of apartment-loving 25- to 44-year-olds grows by an expected 17 percent, and the ranks of down-sizing seniors swells by – hold your hat – almost 55 percent. Adding to the strain is the Island’s share of single-person households, which is expected to grow three times faster than family households, mirroring a national trend.

Factor in a small population increase, and Long Island will need to accommodate as many as 158,000 new households by 2030. If you take historical building trends and add in projects already proposed or under construction, we’re likely to add about 64,000 units of housing by then, leaving a shortfall of almost 95,000.

If the housing preference surveys are correct, more than two-thirds of those units should be in walkable, mixed-used communities. By my math, that’s an additional 72,000 apartments.

I’ll pause for a collective “gulp.”

What’s a region to do? Well, recent experience suggests housing issues are most successfully solved at the community level, where developers can work hand-in-glove with local residents to assuage the usual concerns – schools, traffic, sewers, schools – that accompany higher-density housing. Mineola is a great example. So is Wyandanch and Patchogue.

That means enlightened officials in our towns and villages will have to lead the charge. Without their leadership, future population gains may never occur and more current residents – our young people most of all – will head off for cheaper, more walkable places to live.

Less traffic would be great, but fewer of us left to bear the cost of running this scenic little place? Not in my back yard, please.