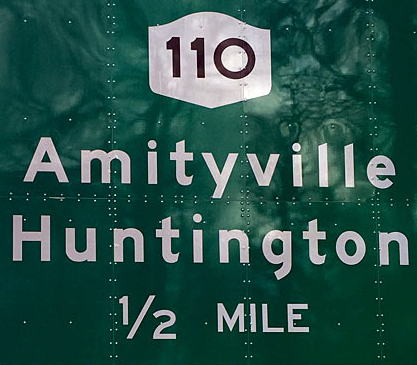 If you’ve tired of reading about projects that will break ground sometime after your last kid moves to North Carolina, here’s some good news.

The towns of Babylon and Huntington are veritably skipping along on the Route 110 Plan, which, OK, isn’t actually called that and really isn’t a single comprehensive plan but rather a collection of game-changing initiatives for the area, which is sometimes called Long Island’s “business backbone” or “economic spine.”

Route 110 will take you all the way to Amityville if you want, but for the sake of this discussion, let’s focus on the stretch that heads north from about Republic Airport. The area includes more than 40 acres of state land Gov. Cuomo has offered for redevelopment, some of it tax-free, plus dozens of other parcels that are being eyed for transit-oriented housing and retail projects around the former LIRR train station on Conklin Street.

In addition to apartments and loads of faux French bistros, the plan envisions bike lanes, wider sidewalks, new crosswalks and public parks for the area, which one currently walks at their own peril. Babylon has hired a design firm to recommend the needed zoning changes and to lead visioning sessions with local residents, and the town board could take up the proposal as early as this fall.

Keeping in step, the MTA has approved $5 million to design a new LIRR station, which would serve as a feeder for a north-south rapid transit bus route, allowing thousands of Route 110 workers to leave their cars at home and commute by public transport.

It would also greatly improve the reverse commuting options for New York City workers who might be drawn to area jobs, including those in the biotechnology cluster emerging at or near Farmingdale State College’s Broad Hollow Science Park.

Suffolk County has lined up federal funding for most of the bus project’s $35 million price tag, and a request for proposals for design and engineering work is expected to go out this month, with ground broken for the line by 2020.

(County Executive Steve Bellone, who cut his political teeth in Babylon, has been pushing the Republic Station-bus plan for 15 years, so the current pace of progress must seem comparatively breathtaking.)

Not to be outdone, Huntington is moving forward on a comprehensive rezoning plan for its end of the corridor, along which is huddled almost 20 million square feet of office and industrial space and the headquarters of such signature local firms as Canon USA, Nikon and Henry Schein.

Two years in the making and due for a town vote this fall, the Huntington zoning overlay would allow residential and retail development, especially in areas where parking can be shared between daytime office workers and nighttime apartment residents. Developers would be required to provide walking paths, parks and other open space, as well as bicycle parking and storage.

Although a majority of millennial workers say they would like to live close to where they work, the corridor currently offers only a tiny percentage of residential development, most of it built for seniors. And the few retail, dining and entertainment amenities in the area force workers back into their cars for lunch or after-hours mingling, contributing to the traffic congestion.

Further north, long-planned transit-oriented development in Huntington Station is about to kick off, modestly, with a residential-over-retail project at New York Avenue and Northridge, with a hotel, artist lofts and other spaces to follow.

“This is really a unique opportunity to make radical improvements to an area that’s not broke,” said David Pennetta, executive director Cushman & Wakefield’s Long Island office and one of the drivers behind the zoning overlay. “The corridor is already the largest tax generator in Suffolk County. But it could be so much more.”

Yes. It could be a place where our kids live, work and prosper. Glad to see the dream may finally become a reality.